I've only written briefly of my great-grandmother Mary Ellen BANFIELD (1889 Hay NSW - 1940 Lewisham NSW). Part of the reason I've written so little (despite her being my grandfather John HALL's mother) is that for all the bits and pieces written by HALL people (Norman, Frank, etc.), almost nothing is written of Mary Ellen. This is not to suggest she was an unimportant person. Quite the opposite. Mary Ellen died aged only 50 of (I believe) ovarian cancer. This also occurred at the start of World War 2, shortly before my grandfather was drafted into military service which meant he spent several years away from his family.

Mary Ellen's husband Norman HALL (my g grandfather) wrote three letters on his family and family history (all are on the blog) that mentioned Mary Ellen:

"At about 20 I met your mother, nee Mary Ellen Banfield. She was a school teacher who had taught (strangely enough) under my dad Fa-Fa. We were boarding at the same place - and - anyway we married in January 1918, at St. Francis Paddington at Nuptial Mass. You know most of the rest of course. Nellie (MOTHER) God rest her Soul was the greatest woman ever - going to her eternal reward on 17:9:1940. She lies in No.10 section, Rookwood Cemetery, with her infant daughter Joan. May Perpetual Light Shine Upon Them! (Joe has the grave number)."


"My wife (Nellie) lived but a year or so after our last child and cancer took her off very quickly."

"My wife NELLIE (God rest her soul) died shortly after Joan. They lie buried together in Section 10 of the Catholic Cemetery at Rookwood."

"As for myself, my wife Nellie (NEE MARY ELLEN BANFIELD) became ill and died of cancer in 1939. The best medical care could not save her – we had Doctor Sir Ben Edie – anyway she died at Lewisham and was buried with her daughter Joan at Rookwood."

Just to be clear, Norman's recollections (30 years later) are slightly inaccurate - Mary died in 1940 (not 1939) and she died seven years after daughter Joan (not shortly after). Again, son Frank Hall doesn't discuss it in his family notes. My grandfather (a son) never discussed it (that I heard). It was clearly a devastating experience for the family. Mary Ellen's father Thomas Uriah BANFIELD (1867 - 1942) buried both his wife Ellen nee HARRINGTON (1859-1907) and daughter Mary Ellen.

My cousin Juliette HALL recently sent me two scanned photos of Mary Ellen, provided to her by another cousin David SHERLEY. No information was provided, but the second of two photos is marked Jas. Chandler, corner Pitt St, Sydney. Mary Ellen grew up in Hay and surrounds, so the photo was presumably taken after she moved to Sydney (as a teacher). The photos are beautiful. I HAVE seen a photo of Mary Ellen, in a photocopied memoir that another son of Mary Ellen wrote (Joe), that shows her with her father Thomas. I hope to see a high-quality version of this photo some day. 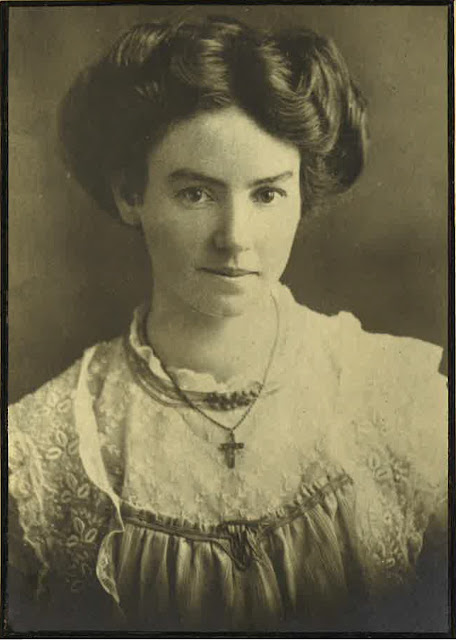 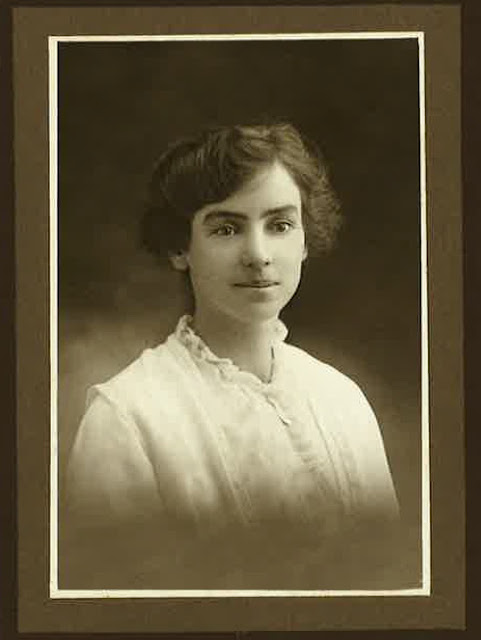 Beautiful photos. That must have been heartbreaking for your grandfather. I found your blog through GeniAus GAGs.